At the annual Pumpkin Festival in the coastal town of Pequod, Maine, Rhe Brewster, an ER nurse and Police Department consultant, responds to screams at the site of the Pumpkin Drop. Racing to the scene, where a one-ton pumpkin was dropped from a crane to crush an old car, Rhe and her brother-in-law, Sam, Pequod’s Chief of Police, discover the car contains the smashed remains of a man’s body. After the police confirm the death as a homicide, Rhe embarks on a statewide search to identify the victim and find the killer. During the course of the emotional investigation, she survives an attempt on her life at 10,000 feet, endures the trauma of witnessing the murder of an old flame, and escapes an arson attack on her family’s home. There is clearly a sociopath on the loose who is gunning for Rhe and leaving bodies behind. With Sam unable to offer his usual support due to an election recall and a needy new girlfriend, Rhe realizes that the only way to stop the insanity is to risk it all and play the killer’s game.

Maine’s most tenacious sleuth is back, this time to confront a menace that threatens to destroy her life and those closest to her. The third installment of the Rhe Brewster Mystery Series, Death by Pumpkin, is a murder mystery and thriller that tests the limits of Rhe’s strength and resolve like never before. 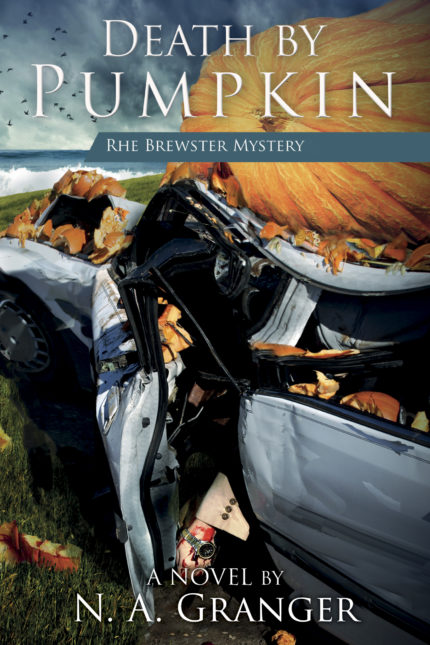